What Happens When You Stop "Holding the Contradiction"? 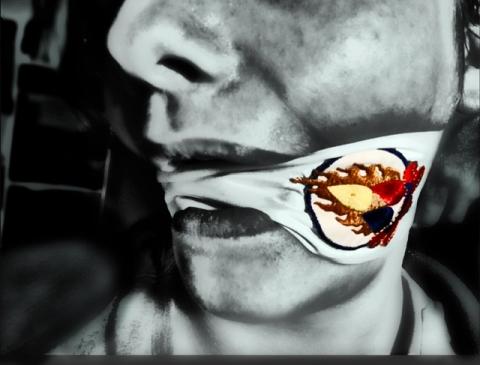 Triratna is, behind all of the rhetoric and belief, a friendship club based on a shared belief system, and following particular behaviours and culture, none of which have anything to do with awakening.  The friendship available can be found at a yoga studio, a bridge club, and most any other venue where a shared interest allows people to get together and interact.  Triratna took advantage of this common occurence, and rebranded it 'spiritual friendship'.

Over the years, many people have had to substantially compromise themselves and collude with the ideological and physical harm done by Sangharakshita and others in the Order. This included pushing Women, Men & Angels on women ordinands in order to influence their reproductive choices or, as WM&A’s author did, colluding with and encouraging the culture of Greek love prevalent in some centres in the 80s and 90s, even if they themselves didn’t directly participate in it. People went along with this so as not to be excluded from the friendship club; in essence, the "kesa" (strip of cloth) around their neck became a gag which prevented them from saying what needed to be said.

It seems that's part of cult analyst Alexandra Stein's point that ‘processes of coercive persuasion (or brainwashing) are used to retain followers’ in cults. In this case, the fundamental seeking of meaningful human connection (or at least what seems like it is meaningful, or is at least advertised as 'the most meaningful') is used to attract and keep people in the group. But to what degree has engaging in that network of ‘spiritual friendship’ actually produced awakening? Did Sangharakshita go beyond suffering, or even see beyond the confines of a separate ‘self’? Has anyone in the College or among the many Private Preceptors who confer ordination into the movement? That is a conversation the College cannot allow to happen.

Many mitras and order members are now awakening to the fact they were duped for a long time. For years, they tried a version of the 'hold the contradiction' thing, not always in terms of justifying Sangharakshita's harmful behavior, but in terms of trying to see the positives or balance out criticisms with emphasising some saving graces, and being optimistic that the actual Dharma might one day win out. Some reported feeling 'hollow' when trotting out obligatory statements about there being good foundational practices and teachings and valuable friendship networks, which it seems must accompany any criticism within Triratna in order to assuage the insecurity and protests that criticism inevitably meets.

If things are this bad, why do more members not resign? As Stein points out, members of cults can hang on for years, despite serious misgivings, because of ‘fear or hesitation around losing your place in the network of relationships’. This tendency cuts deep for people, since meaningful human connection is so valuable; however, when that is sourced from a particular group membership and identity, it inevitably clouds clarity about what actually goes on in that group.  It is perhaps doubly inevitable when the cult calls that network of relationships "spiritual friendship", as if it were a necessary aspect of one's spiritual life.

There is also the anxiety that in bringing to light some of the harmful ideologies and practices at work in Triratna’s institutions, the whistleblowers will be cast in the role of betrayers. This is, as cult analyst Matthew Remski points out, another cult characteristic. As he argues,

If you engage with someone who is enmeshed in a high-demand group and has developed insecure attachments to the leader(s), it will be very hard to avoid implying that they are trauma-bonded, and this can be incredibly shameful. In the process, you’ll also be shedding light on the unconscious but persistent sense of betrayal that they feel in relation to the 'good' leader who is actually hurting them and others… By pointing out that betrayal, you will be cast as the betrayer.

As ex-Sthiramati (who was himself used sexually by Sangharakshita) presciently pointed out in his own resignation letter a decade ago, in reference to what he described as the self-deceiving document 'Conversations with Bhante' from 2009:

I do understand that many members believe (or is it hope?) that by remaining uncritical of Sangharakshita’s sexual misconduct and other aspects of TBC/WBO behaviour they are exhibiting a kind of spiritual strength. Unfortunately, this is not the case, and they are merely exhibiting their indifference to the moral issues raised in these areas, and clinging cravenly to the identities given by their often lengthy membership of the TBC/WBO.

In his research into ‘high demand’ groups, Remski also makes the important point that ‘all group members are abuse victims to varying degrees’. We may include cult leaders and founders in this category. After decades of exerting unquestioned authority and receiving nothing but earnest appreciation from their followers, these people find themselves lost in their own hype, incapable of seeing themselves in perspective outside the bubble they have created, and in Sangharakshita’s case incapable of any kind of true apology because he never really recognised the gravity of the problem in the first place.

This is illustrated by Sangharakshita’s surprise in 2018 at there still being any interest in the way he explained his sexual activity in the 2009 'Conversations with Bhante' document, as if people would surely have moved on from the issue by now. In those conversations, the 'non-apology' he gave, which attempted to shift the responsibility to those he took advantage of, was that:

'We should remember that I have had many, many human encounters, the great majority non-sexual, and most of those encounters, including the sexual ones, have been satisfactory for both parties. If there were any encounters that were not satisfactory for the other person, whether at the time or in retrospect, then that is a pity and I am truly sorry that that should be the case.'

Indeed where Sangharakshita is concerned, any meaningful apology has been made difficult since, in response to being challenged by victims, he stated that, despite his otherwise prodigious and detailed memory for life events in general, he had no memory of those sexual interactions having taken place. This, of course has compounded the harm. What for his victims were events that were significant and even traumatic, for Sangharakshita were ultimately not memorable, thus giving the lie that he was engaging in a meaningful spiritual interaction and not just sex. He shares this poor memory with several of the Tibetan lamas who were also accused of sexual abuse studied by Anne Anders. She notes that ‘the perpetrator does everything in his power to promote forgetting’ and when silencing fails ‘he marshals an impressive array of arguments, from the most blatant denial to the most sophisticated and elegant rationalization’.

An example of the latter would be that (homo)sexual 'experimentation' was part of Sangharakshita’s vision of a bold new way of treading the spiritual path, one aimed at helping his young male students overcome homophobia and fear of intimacy, saying:

I therefore thought I should perhaps experiment a little in this field’, and that although there was ‘some appetite — I was guided more by intuition than appetite… One of my conclusions was that sex didn't really play much of. a part in human communication. Bodily contact sometimes functioned as a means of breakthrough in communication, but didn't result in a permanent breakthrough: it only gave one a certain opportunity, which one then had to develop. Sometimes the breakthrough came to an end and things were as they were before. In fact, that was almost always the case. So I came to the conclusion that sexual contact wasn't really much help in developing human communication, and again I ended up celibate.

Sangharakshita consistently presented his sexual activity as an ‘experiment’ across some 20 years, based primarily on his spiritual intuition, which coincidentally only stopped in his 60s when prostate surgery left him unable to continue it. We now know that this ‘bold experiment’, which provided an enabling environment for more widespread sexual misconduct to take place, has had many adverse effects on those involved, effects which continue to this day. It also revealed that Sangharakshita’s spiritual intuition was substantially flawed, a fact that the inner circle cannot allow to be discussed. Sangharakshita was never able to see or acknowledge this harm, much less do anything to address the harm, because he refused to believe he had (or perhaps even could) do anything wrong. And unfortunately, the College are only willing to acknowledge harm that Sangharakshita was willing to acknowledge, and will not go any further.

The College's complicity is seen in its response to Sangharkashita's "Statement" in late 2016 when, after yet another inquiry from the media, Sangharkashita realised that yet another round of obfuscation was necessary.  Sangharkashita issued a vague statement about regretting any harm caused to Buddhists (later expanded to non-Buddhists), citing his "complex" personality as a mitigating factor, and asked for their forgiveness.  While many in Triratna fell all over themselves in appreciation, Sangharakshita didn't actually say much of anything; as he later clarified, it was simply a generic "if I've harmed anyone, I'm sorry, but that's it" sort of statement.

In the end, Sangharkashita unilaterally called his vague statement a 'confession', withdrew his plea for forgiveness, and mentioned that he was generally referring to such things as being disrespectful to his father as a teenager and some of his sexual activity with those he saw as his disciples (making clear that Sangharkashita didn't see any problem per se with having sex with disciples).  And the College fully accepted that as achieving closure of the whole issue.  It does not matter to them that in the Buddhist tradition, and indeed with a child sent home early from school, an actual "confession" requires you to say what exactly you did, why it was harmful, what you have done or will do to make amends to those you've harmed, and what you will do to correct your behaviour.  Sangharakshita did none of that and, unfortunately, the College appear to employ the same unapologetic and opaque approach when confronted with their own unskillfulness.

Though many in the order might find this whole affair laughable or even repugnant, resigning from the Order has been difficult in some ways, requiring the relinquishment of decades of ‘sunken costs’, and the abandonment of an extensive network of friendships based on a sense of shared purpose and identity. However, once Triratna is clearly seen for what it is – a Buddhist-inspired New Religious Movement whose primary directive is not awakening but the expansion of its own institutions and spreading of Sangharakshita’s teaching - and once Sangharakshita is seen as a teacher whose understanding of the Dharma was highly idiosyncratic and speculative and who used his teachings to extract sexual favours from his young disciples, resigning becomes an obvious and even necessary move.

There comes a time when it no longer makes any sense to put yourself through the dissonance and embarrassment that is required to remain an order member in good standing in Triratna.  In fact, even if not in good standing, you start to realise that by remaining a member, you too are complicit, along with everyone else. After that, there is no longer any need to ‘hold the contradiction’, or to try to meaningfully engage with those who steadfastly hold that contradiction, and this can be remarkably and instantly freeing. Indeed, there needn’t be a contradiction to hold in the first place if you see Triratna as a New Religious Movement, and a personality cult based on Sangharakshita’s ‘particular presentation’ rather than the actual Dharma.