Sangharakshita Had a Sex Life -- So What? 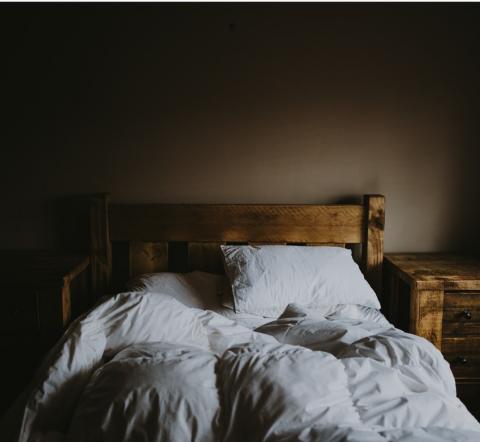 A number of us, when sharing our concerns about the implications of Sangharakshita’s sex life with those faithful to him and his teachings, have often been met with the retort, ‘So he had sex. So what?’ as if it were our expectation that a Buddhist teacher and exemplar of the Buddhist path should be celibate and eschew personal intimacy. But that isn’t the issue at all, and as we have pointed out in other articles, this questioning is a strategy on the part of the faithful to deflect any criticism back onto the questioner as if we were somehow being erotophobic or anti-sex, and avoid talking about the more uncomfortable issue to hand. So let’s explore what the issues really are.

A few years back there took place what came to be referred to as the infamous ‘couples retreat’. This wasn’t a retreat designed for those in monogamous relationships however – but a retreat in which the main teachers and retreat leaders were in stable, long-term monogamous heterosexual unions, and led the retreat alongside their partners. One of the couples was even married! We must keep in mind that, even today, there are many who adhere to Sangharkashita’s teachings about the supposed evils or hazards of heterosexual relationships, by which it may be unthinkable that those in such a relationship can be trusted to be serious practitioners.   The prominence of two teaching couples caused concern for at least one participant, and scandalised a senior order member who denounced the event in the order gazette.

The ‘couples leading retreats’ issue was eventually taken up by a member of the Preceptors’ College, who concluded that having couples leading a retreat sent the wrong message. Why? It detracted from the goal of celibacy, and gave the impression that sexual desire was not an obstacle that needed to be dealt with on the path to awakening. This preceptor wrote to multiple centre chairs and asked that their councils look into the issue of ‘teaching couples’ at their centres, and further to develop strategies to ensure that order members in sexual relationships teaching together didn’t become a trend.

Fair enough you may think, after all the Buddha is quite clear that both desire and ill-will need to be overcome if one is to experience the peace of nibbana.  However, anyone who has been in a long-term monogamous relationship (hetrosexual or otherwise) will no doubt agree that sexual activity isn’t exactly at the top of the agenda or the sole (or even defining) activity engaged in. Also, we weren’t told anything about the nature of these couples (who were getting on in years): perhaps they were celibate, maybe they were together due to a shared love and intimacy or even for tax reasons and not just out of ‘sexual desire’?

A perhaps more disturbing question for the protester was: does one really have to be single in order to advance significantly along the Buddhist path? If not, that would shatter a lot of assumptions that people in Triratna hold.  Also, what about all of the members of Triratna who were talking about making significant progress along the path, yet many of them were in long-term heterosexual relationships, had full-time jobs and mortgages, and/or otherwise were living a life which the faithful were led to believe would be a significant hindrance to spiritual progress?  However, the reasoning as to why couples shouldn’t lead retreats was never well spelled out other than it gave the ‘wrong impression’.

What we found curious about this turn of events is how some College members could be so concerned about the implications of senior order members in monogamous heterosexual relationships leading retreats, yet be so unconcerned about the implications of the order’s founder’s 20-year-long ‘experiment’ where he was promiscuously involved with a series of young men. A conservative estimate puts the number of such relationships at 24. These men were not his peers but twenty, thirty or even forty years his juniors and also his disciples.

Let’s dig into the implications of this apparent contradiction. Significantly, the ‘teaching couples’ above were at least open about their status as couples. They didn’t deny it. Indeed, one couple had recently got married (an event that some celibate members of the College experienced as a ‘betrayal’, apparently). They appeared on retreat wearing their white kesas (strip of cloth symbolising an abbreviated robe worn around the neck) not the golden kesa worn by Sangharakshita which in Triratna indicates an Anagarika or celibate practitioner.

Sangharakshita himself, while living full-time with and sharing a bedroom with a series of companions (to all extents and purposes living as a couple), continued to present himself as celibate, at least in terms of his dress code. It was not uncommon, especially when he visited India, to wear his bhikkhu robes, which inconvertibly signify a celibate, renunciate status. So how is it unacceptable for order members who are in monogamous relationships to lead a retreat together while Sangharakshita’s clandestine and often promiscuous relationships somehow didn’t detract from his ability to found a new Buddhist order based on his ‘particular’ presentation of the dharma and his equally particular (or one might say partial) presentation of Buddhist ethics?

Also in the case of the infamous ‘teaching couples’ there was no suggestion that they had broken any precepts or were inherently unskilful or inadequate as dharma teachers by nature of their coupledom. It was simply the fact that they presented themselves as couples that was a problem for some – it apparently gave people the wrong idea and upset celibate persons on the College (even though it was clear by this stage that Sangharakshita hadn’t exactly practiced what he preached regarding celibacy).

Let’s put these facts alongside the allegations that Sangharakshita used his position as founder and teacher of the Triratna Order to get young men into bed with him. There are multiple stories circulating in the Order -- some rather shocking -- that are not yet in the public domain but let’s restrict ourselves just to those accounts that are widely known. We have ex-Yashomitra’s testimony that he was assigned to Sangharakshita’s room on a retreat where the only sleeping arrangement provided was Sangharakshita’s double bed. There is also ex-Prasannasiddhi’s account that he was persuaded into a sexual relationship with Sangharakshita on the assumption that they were both giving up their inclination for sex with women (so as to engage more fully with dharma practice). For ex-Yashomitra, he was at first shocked by Sangharakshita’s sexual advances, and, some months later, was left feeling ‘devastated . . . rejected and confused’ when it became clear that what he thought was to be the beginning of a ‘spiritual relationship’ turned out to have been just sex. When ex-Prasannasiddhi found out that Sangharakshita’s inclination was and always had been for young men like himself, he naturally felt misled. So there is a duplicity at work in Sangharakshita’s sex life. He manipulated people and situations to satisfy his sexual desires  – that is the problem.

It is the above issues that are at the centre of our concerns. We aren’t at all upset by the fact that Sangharakshita had, and if accounts from his various partners are to believed, needed a sex life. Although the degree of neediness pointed out in the accounts by Ananda early in Sangharakshita’s teaching career and Bjorn’s account, which comes when Sangharakshita was already in retirement, give us pause for thought. We do, after all, agree with the Preceptor concerned about teaching couples that the Buddha was quite clear that moving toward celibacy was a goal on the path, not because sex is always a bad thing, but because the underlying desire, if not addressed, or if expressed unskilfully, inevitably leads to suffering.

As was clear in Sangharakshita’s own life, his underlying desire for sex was never adequately addressed and a consequence of this is that it did indeed lead to suffering, for himself and for his partners and now due to recurring media exposure, the wider Triratna sangha. We would like to know why, if a retreat led by teaching couples gives the wrong impression, what kind of impression does it give for the founder of a new Buddhist order to sexually manipulate his disciples?  This is the real issue. Why not connect the dots where Sangharakshita’s behaviour is concerned, by which his apparent lack of spiritual maturity is seen?  This is the issue for which those faithful to Sangharakshita must ‘hold the contradiction’, and which they are reluctant to look at.

We therefore find it predictable that the College could be so concerned about ‘teaching couples’ that the issue became an agenda for discussion by centre chairs, and yet the implications of Sangharakshita’s own sex life – which seem far more problematic from a Buddhist standpoint – remain unexamined. While having plenty to say about the supposed dangers of teaching couples, on the implications of Sangharakshita’s troubled sex life, College members maintain a most noble silence.

As a result, if you are asked at some point “Sangharakshita had sex - so what?”, a suggested response (if true for you) is that this is not an issue for you and seems to be a red herring, and to ask your interlocutor, in bringing that issue up,  what other issue they would rather not confront and are therefore avoiding.

I completely agree with these

I completely agree with these observations. Distorting minimalist concerns about couples teaching is classic bypassing in this situation. Those engaged in this activity are like cardboard cut outs of true spiritual practitioners, simply peddling ideas about being a good person - rather than delving into their unconscious and doing the spiritual work needed to make meaningful progress from their inner selves that can be applied in the outside world and the contradictions in the spiritual teaching and the principal teacher himself.