Is Triratna a New Religious Movement? 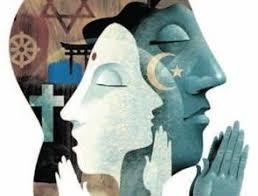 The term New Religious Movement (NRM) is commonly used in academic circles to describe religious groups that have arisen since the late nineteenth century and whose teachings are focused on charismatic leaders who have taken a somewhat oppositional stance to established religion. In popular discourse these groups are often spoken of as "cults" but this term is generally avoided by experts because it has acquired a pejorative meaning. In fact, many established religions started as small cults. For instance Christianity arose around the year 50 CE as a "cult" (one among many in the Roman Empire) centred on the figure of Jesus. Over the centuries it grew in popularity until it became the established religion of much of the West, later generating its own cults which developed into New Religious Movements such as the Mormons or Jehovas' Witnesses.

Similarly Triratna developed from humble beginnings into one of the largest Buddhist organisations in the UK and across Europe. Triratna's teaching is centred upon the "particular presentation" of Buddhism developed by its founder, Sangharakshita (Dennis Lingwood) from the late 1960s until his passing in 2018. Like the founders of most NRMs Sangharakshita took an oppositional stance to what he deemed the "ethnic" Buddhism practiced in many Eastern societies as well as to the already existing Buddhist groups and organisations in the UK.

Common elements of NRMs include charismatic founders whose teachings are highly syncretistic, blending together elements from one or several religious traditions as well as integrating elements from secular society. These teachers often innovate in terms of moral or ethical boundaries too, such as Mormonism's early support for polygamy and Sangharakshita's "experimentation" involving sex in the context of male friendship (in order to overcome fear of same-sex intimacy) or extolling of "therapeutic blasphemy" (to eradicate Christian conditioning). NRMs often distinguish themselves by challenging the organising principles of established society such as the nuclear family, government and the church, going so far as to redefine basic identity categories, including sexuality and gender. However, these innovations are often softened or disavowed as the organisation grows and seeks mainstream acceptance, respectability and the tax benefits of charitable status.

That Triratna fits the definition of an NRM is well established and it is referred to as such in multiple academic texts such as Paul Oliver's book New Religious Movements where it is discussed alongside the syncretistic Buddhist movement Falun Gong, and in journal papers written by its own members (see for example this article in the journal Theology & Sexuality by Dr Sharon Smith [Vijayatara]).