Reflections on Cultish Behaviour in Triratna 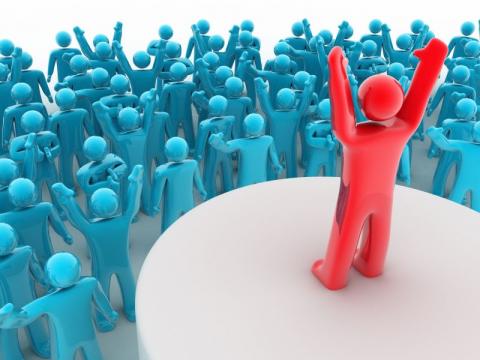 Alexandra Stein, in her “Cults and Brainwashing: The hidden - and not so hidden - epidemic”, offers a succinct list of five criteria which define a cult:

It may not be straightforward to call Triratna a “cult”, since some may not experience it as a cult at the level at which they participate. Instead, it may be more helpful to look at these criteria at the level of the individual, and the degree to which Triratna is run by “cultists”.  By this, it may be that the broader organisation appears healthy and normal, but underneath that veneer there can nevertheless be a strong cultish undercurrent.

To label someone a “cultist” is perhaps not very flattering, though looking to Stein’s criteria, it appears many in Triratna would satisfy them.  In looking at Stein’s criteria, and from what we know and understand about Triratna:

1. Sangharakshita was a charismatic teacher, in that many felt and feel great devotion, loyalty or reverence towards him, and believe others should feel the same way as well.  Those in the inner structures found it difficult, and continue to find it difficult, to go against Sangharakshita’s wishes, perhaps because they believe that he “knew best”, they did not dare question his authority or judgment, or see that criticism of Sangharakshita reflects poorly on the person towards whom they have such devotion, loyalty and reverence.

2. Those in the inner structures are members of a closed and steeply hierarchical organisation, where loyalty to Sangharakshita is a primary requisite for membership.  The inner structures are self-selecting, and are closed to those who are not deemed to be sufficiently loyal.  In Subhuti’s “Need for Spiritual Hierarchy” video, membership in the highest echelons is explicitly connected to actual spiritual maturity; however, has this connection been observed in practice, or was it just asserted as a fact to place that hierarchy beyond question?

3. That Sangharakshita’s teachings are exclusive to Triratna is self-evident, and there appears to be a growing effort to compel members to adhere to those teachings as the very basis of organisational unity, and of their own lives, indeed the word “duty” has been used in connection to this.  There are those for whom that belief system is total, by which if there is apparent conflict between what Sangharakshita taught and what they might read in Buddhist canonical literature, or hear from others who have had substantially different experiences, the default will be to look to and rely upon what Sangharakshita taught and “hold the contradiction”, and/or assume that they themselves simply are not yet able to understand how and why what he said is in fact true.

4.  For many, the idea that one “must” be in an organisation such as Triratna in order to progress along the spiritual path is a given.  People have been told (brainwashed?) that entering into the network of relationships offered is highly beneficial and even necessary, which makes extricating themselves from that network all the more difficult.  People may be accused of being “disloyal”, "lacking commitment", "selfish" or "negative" if they talk about leaving, for example.  Also, the “sunk cost” phenomenon may be important, where one has committed such a great portion of their time and energy to the organisation that they cannot bring themselves to acknowledge the reality of the situation, and may actively dissuade others from raising the possibility that what they are doing is not what it appears.  By this, a network of mutually-affirming “yes, this is all great” relationships has formed within the inner structures, which further dissuades people from questioning or leaving that network.

5. Many continue to devote some or all of their lives to the organisation's institutions, and may not realise that they are being exploited.  They may describe what they do as a noble spiritual calling, though is that really true?  To what extent have their labours and sacrifice resulted in the profound spiritual benefits that were promised?  Also, there are many who have laboured for little or no compensation for many years, and who now find themselves in something of a dire situation; unless they have an independent source of income, for example an inheritance, they have no choice but to continue to be exploited by the organisation, and this makes it painful to question the choices they have made.

In particular, a number of early pioneers in the Order, now in their sixties and seventies, and who limited or even walked out on family relationships in order to dedicate their time and energy to institution building feel betrayed by the more family-friendly turn the movement has taken in recent years. Some women and men have been reassessing the ideology of the early years that argued that taking on family responsibilities was succumbing to a "lower evolution".

Triratna appears to illustrate how cultists can hide behind what might appear to be a healthy and normal fronting organisation, because it is plausibly deniable that the entire organisation is a cult.  By instead identifying specific individuals and behaviours as “cultists”, this allows for sub-organisations and individuals on the fringes of the organisation who don’t appear to be connected to cultists, and for those on the fringes who may not share or affirm any of Stein’s criteria.  However, as one starts to interact with those closer to the inner core, that those near the inner core are cultists becomes obvious; it is our experience that each of Stein’s criteria is seen in many individuals, and is even openly affirmed.

Again, to be labelled a “cultist” may be objectionable, though if members could not affirm at least the first three of Stein’s criteria, many could not remain part of the organisation (or at least the organisation as they believe it exists).  This is because, for them, being a member is fundamentally based upon seeing Sangharakshita as the one towards whom they have devotion and see as an authority, upon affirming and likely participating in the closed hierarchical structure he established based on loyalty to him, and upon seeing his exclusive set of teachings and beliefs as being a complete and total path.  The last two of Stein’s criteria might then be seen as describing the structure that a cultist eventually finds themselves in with other cultists, whether they are aware of the coercion and exploitation or not.

If someone in Triratna denies that they are a cultist, the following questions might be posed to them:

5. Can you imagine being out in the day-to-day world with a career, being paid market wages for what you currently do? Can you imagine not devoting the bulk of your life to the needs and interests of the organisation, regardless of compensation?

To the degree one cannot answer these types of questions with a confident “yes”, the label “cultist” could be applied.  And to the degree that those people control the organisation, surely at some point that organisation can be called a “cult” as well.