Coming to Know Better in Triratna 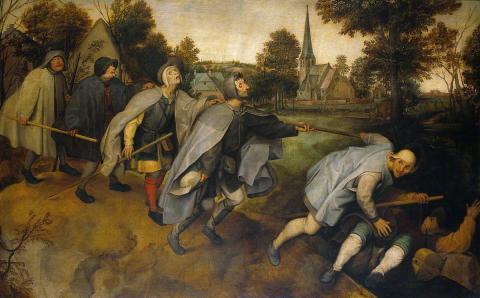 While many Buddhist organisations have had one scandal or another in recent years, it seems that what keeps them together is the fervent belief that, despite the scandals, the Dharma is nevertheless available. While that may be true in other organisations, such is not the case in Triratna.

Though we might first respond with faith, the Dharma is, in the end, a matter of experience. It is one thing to, for example, be in a Christian organization where every group can have a different idea of who God is, what the Bible says, the nature of heaven, etc., because it's a matter of faith, and always will be – those fundamental aspects cannot be verified or experienced in one’s lifetime. It is different, though, to be in a Buddhist organization, where who/what the Buddha was, what canonical literature means, and the ‘endpoint’ of no longer suffering can be realised in one’s lived experience -- at some point, it is no longer a matter of faith.

Of course, if no one teaching in an ostensibly Buddhist organisation has had that experience, then it is ‘the blind leading the blind’, and no one really knows what they are talking about: the best they can do is speculate. As with teachings particular to Triratna, such as the ‘empirical self’ that one is to grow and refine, people can therefore be substantially misled, because no one, including Sangharakshita, knows any better.

This ‘blind leading the blind’ started to change a few years ago when people in Triratna started to wake up, often as a result of going to outside teachers, or otherwise through exploring approaches not available in Triratna. Their resulting personal experience of the Dharma became a very uncomfortable presence, in part because those people saw that they no longer needed to refer to or rely upon Sangharakshita's 'particular presentation'. Becoming independent of others in the Buddha’s teaching, as well as letting go of the rites and rituals which so many in Triratna believe are necessary, is in fact a mark of Insight. Their experiences, though consistent with what the Buddhist tradition describes, were met with disbelief, confusion, and even ridicule and scorn.

To make it (much) worse, they were also able to realise that Sangharakshita didn't really understand the Dharma -- what he taught was really just his 'particular speculation'. The detailed and consistent description Sangharakshita offered over the years as to the nature of awakened experience, based on his novel understanding of ‘conditioned coproduction’ as a fundamental principle, is not what people are experiencing – that people have come to know better is the uncomfortable fact.

That Sangharakshita so misunderstood the Dharma is likely incomprehensible to the College, the devoted cadre of people in the inner circle of Triratna, specifically appointed by Sangharakshita and who appoint their successors. They see it as their right and duty to be guardians of what Sangharakshita taught, and to use it as the lens through which all else must be seen, regardless of what others might report about the experience of awakening: that is the basis upon which they are appointed in the first place. Unfortunately, this makes it impossible for them to hear the experiences of others, especially if it conflicts with what Sangharakshita taught. This inner circle typically attempts to place responsibility on those realising that Sangharakshita was wrong by saying these people find themselves in disagreement with him, avoiding the responsibility of recognising that what people are seeing shows that Sangharakshita was in disagreement with the Buddha.

The College therefore refuse to engage in open and meaningful conversation on what the Dharma actually means, unless they are able to keep in place the 'shadow' (as they themselves describe it) of power, threat and possible expulsion, should the conversation not go where they want it to go. As was made clear to a former member of the order after he repeatedly asked over the course of several months, the College is not willing to say how and why it is safe to be in dialogue with them on matters which bear on the reputation of Sangharakshita and what he taught. In fact, it didn’t appear that the College even understood what this safety issue was, and on multiple occasions this former order member and others have been on the receiving end of thinly-veiled threats, explicit ultimatums, slanderous statements and strong-arm tactics, all while attempting to be in meaningful dialogue with the College.

That the College believes it necessary to control the outcome of important conversations was illustrated by the considerable pressure they placed on the Order Insight Inquiry (OII) process. The College, without a personal understanding of the experience of Insight and spiritual awakening, forced Sangharakshita’s speculations around the three lakshanas or characteristics (impermanence, insubstantiality, suffering) onto the insight process. What were intended by the Buddha as three reminders (regarding what one looks for but doesn’t find, such as permanence), are mistakenly seen within Triratna as what one does eventually find as ‘the way things really are’. The three lakshanas therefore describe what we wake up from, rather than wake up to, and the mistake of making them the focus of insight is what the Mahayana tradition took pains to single out as the 'counterfeit perfection of wisdom'. This mistake is not necessarily clear until one is fairly far along the path, where one eventually sees that they don’t actually live in a world where the rise and fall of things explains ‘the way things really are’, at least as a fundamental spiritual principle. Eventually the lakshanas, and dukkha or suffering in particular, are no longer perceived or experienced at all -- that is the whole point of Buddhist practice. The artificial superimposing of 'conditionality' and the lakshanas onto the OII dialogue process has therefore tangibly limited its effectiveness, and some who complete a dialogue have had to essentially start over elsewhere if they wish to proceed along the path, because they still believe that there is a ‘self’ of some sort that can change and develop.

What passes for 'Insight' in Triratna is therefore not insight at all, but is merely a deepening of the conceptual way one already sees things. OII dialogues can therefore leave one with simply a deeper (and erroneous) conceptual understanding of ‘conditionality’ of how there is an impermanent ‘self’. Unfortunately, the power dynamics have not allowed a full discussion with the College on how what people are seeing doesn’t agree with what Sangharakshita speculated they would see, and it is not clear the College will ever be open to even talking about it.