Buyer Beware: Issues to Bring Up with Order Members (OMs) Prior to Getting Deeply Involved in Triratna 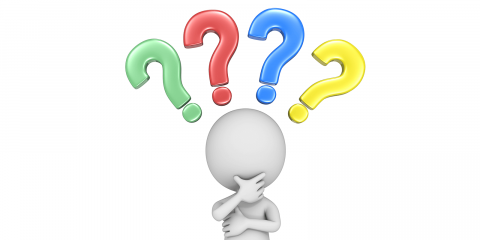 1. There has been a lot of argument over the term "no self" (anatta) with senior OMs on record saying it refers specifically to no permanent "atman or soul" but that there is an impermanent "empirical self" that grows and develops. The Diamond Sutra on the other hand negates a wide range of terms current at the time referring to the self, including purusha and pudgala, stating that there is not simply no soul but no person or personality. Can you help me reconcile the Triratna position with that of the Diamond Sutra?

2. What would you say to a Buddhist practitioner who says that they have definitively seen through the self view in similar terms commonly reported in the Pali Canon? Is there room in Triratna for such practitioners, and are they able to freely share their experiences?  If not, why not?

3. I have often heard the goal of the dharma life presented in Triratna as the arising of the bodhicitta and that this is most likely to occur in the context of communal practice. Is this something that has happened in your experience or in the experience of anyone you know? Are you aware of this happening at any time in a Buddhist context anywhere? Can you explain to me how you suppose this works? Can you point me to some canonical sources which describe the circumstances of how and when this happens?

4. The ideal conditions for the arising of the bodhicitta are often spoken of as arising in the context of working selflessly for the Movement. There are many other contexts in which selfless action is possible but we tend not to hear about these. Subserving your individual wants and needs and working for the benefit of the organisation is a characteristic of many "high demand" organisations and cults. Can you explain to me how Triratna is different in this regard?  And is there tangible evidence that working for the benefit of Triratna has resulted in the arising of the bodhicitta?

5. I am confused by the explanation that "insight will be seen in our behaviour". Sangharakshita is on record as having used his power and influence to instigate sex with some young male disciples -- there are many incidents over many years. In a late piece of writing SR wrote how entering a sexual relationship with Mark Dunlop seemed "inevitable" when they began to share accommodation. This doesn't fill me with confidence coming from a Buddhist teacher. Could you explain how it is possible to be so insightful into the dharma and so deluded about your own (sexual) behaviour?

6. It was partly as a response to the negative media scrutiny of Sangharakshita's sexual behaviour that Triratna developed its comprehensive safeguarding guidelines. Since their development a number of Order Members' behaviour has been brought under scrutiny and their ability to teach at or attend centres and activities limited. Was Sangharakshita's behaviour ever brought under the same kind of scrutiny (for instance were steps taken so that young men were not left alone with him in his room?) If not, why not? This seems like a double standard. Can you please explain?

7.  In Triratna's FAQs, the question is asked why Sangharakshita waited many years/decades, until late 2016, to disclose that he had harmed people, and also why the organisation as a whole failed to take the issue up until Sangharakshita said something. Unfortunately, these questions are not meaningfully answered, describing instead (for example) reasons why Sangharakshita waited a few weeks following a BBC documentary. Why do you believe neither Sangharakshita nor anyone else is apparently willing to answer that question, and what do you believe the answer might be? Also, for him to wait so long to acknowledge the harm caused over the years, do you believe he didn't know or realise until recently that he caused harm, or that he knew all along that he caused harm?

9. Sangharakshita's teachings revolve around realising 'conditionality' in its depth, especially the "lakshanas" and the deep realisations around everything being impermanent, unsatisfactory, and insubstantial as the experience of insight and awakening. However, in the perfection of wisdom sutras, it says that "Here some son or daughter of good family may promise to expound this perfection of wisdom, but in fact will expound the counterfeit perfection of wisdom. And what they explain is that form, and everything else, is impermanent, ill, not-self, and repulsive, and that those who will course in this (insight) course in the perfection of wisdom. As a result those to whom this has been explained will strive to win these insights. But in fact a counterfeit of wisdom has been explained and practised." Is it possible to reconcile this apparent disconnect?

10. Sangharakshita stated on multiple occasions that someone with insight into the Dharma will have perfect ethical and moral behaviour. Given his eventual acknowledgement that he had been unethical and harmed people for many years, does that mean he had no insight? Also, as I read the Pali Canon, those who have entered the stream do not have perfect ethics and morals, but are only immune from doing certain things; does this mean that Sangharakshita also didn't even know what the initial experience of insight was all about?

11. I have heard that some members of Triratna have been marginalised because they talk about their experience of awakening and insight, whereas it seems there are many examples of people doing just that in the Buddhist tradition. Can you point me to where the Buddha or anyone else in the canonical tradition took the position that insight experiences should not be discussed?

12. It seems that Sangharakshita had a quite particular perspective that he taught, in term of what is truly effective spiritual practice and what the eventual "result" or experience of awakening would be. If one, or perhaps many, people were to have quite different experiences than Sangharakshita taught, though consistent with the Buddhist canonical literature, do you believe they must choose to either continue to agree with Sangharakshita or else leave the organisation?

13. In recent years, Sangharakshita published a few letters and statements which he described as constituting a "confession". However, I am not clear on what exactly he did to harm people (he mentioned something about certain unsatisfactory relationships and being disrespectful to his father). Can you describe what specifically he did that was unethical, or describe what he did to make amends to people, or what he did to effect a change in his own behaviour? Do you believe that what he wrote, and in some cases even rescinded, constituted an actual "confession"? And are you aware of any canonical (or even common-sense) criteria as to what a "confession" entails, and if so, are you able to say that Sangharakshita met those criteria?

14. Do you agree that the Buddha's teachings are primarily about the cessation of suffering? If so, do you believe that people following the Buddhist path are in fact ending suffering in their lives today?  Are you aware of anyone who has practiced the "Triratna Dharma Life" (sometimes for decades) for whom suffering has ceased? Do you believe Sangharakshita was able to end suffering for himself and on that basis point others in that direction?

15. If Joining the Order happens when someone is 'Effectively Going for Refuge', and 'Effectively Going for Refuge' means that one knows how to achieve insight and progress to "Real" Going for Refuge by deepening that going for refuge, how "effective" has that process been? Do you have evidence of people, after 50+ years, reliably achieving irreversible Insight, or is this just a matter trusting in the process? If people do achieve Insight, are they having the types of experiences that Sangharakshita taught they would have?

16. Do preceptors all have Insight, by which people who are ordained have a guide or mentor, or is this "the blind leading the blind"? In other words, do you really know what it is you are trying to sell to me?